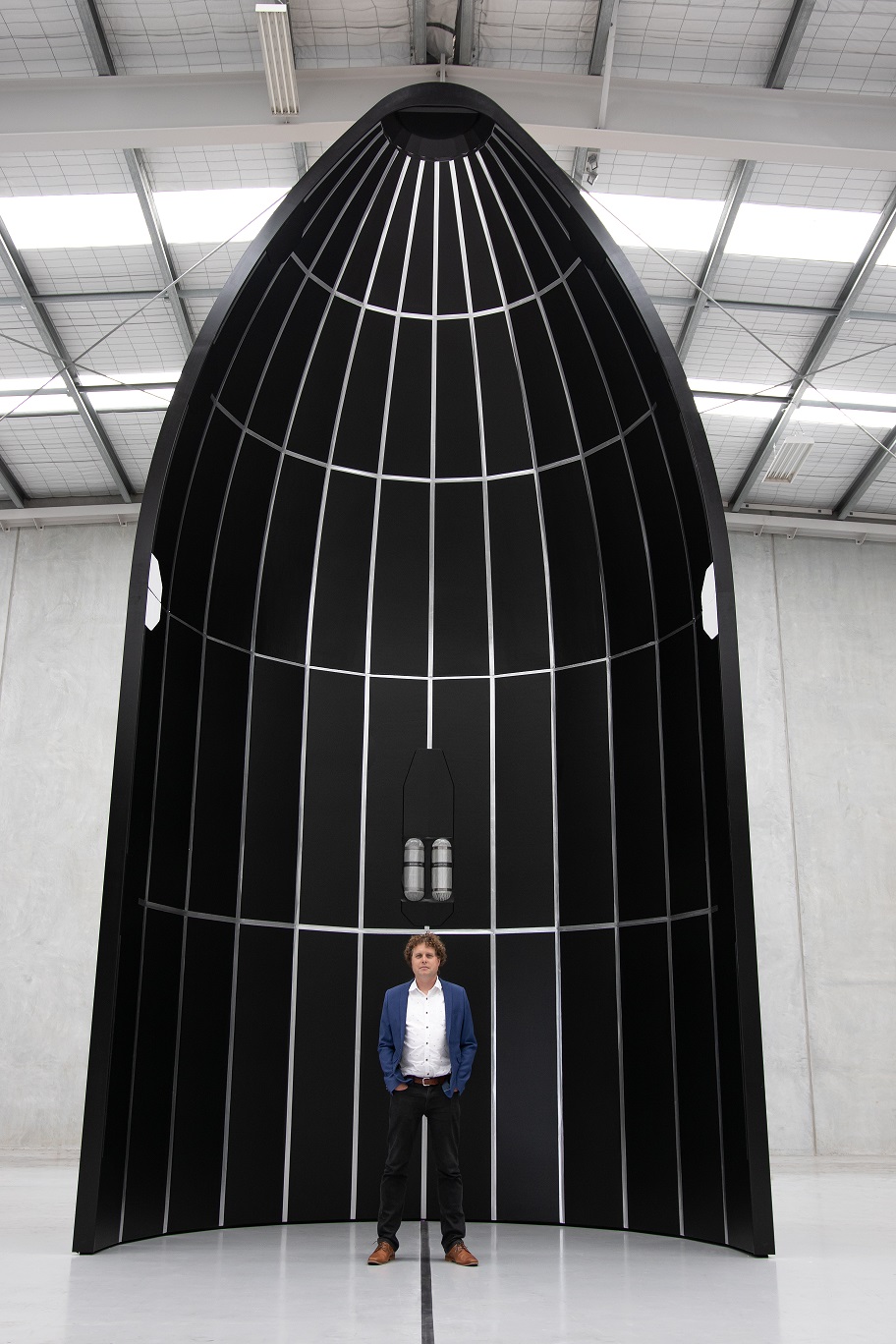 The agreement will fund the development of Neutron’s upper stage launch system in support of national security and defense requirements.

The Upper Stage Development for Neutron prototype project with the SSC’s Launch Enterprise, under the National Security Space Launch program using the Space Development Corps’ Space Enterprise Consortium (SpEC), will fund development of Neutron’s upper stage to support national security and defense launch capabilities for scientific and experimental satellites to the largest and most critical national security payloads. The award is part of a $75 million research and development program approved by U.S. Congress to advance the state-of-the-art in the upper stage technology of domestic launch systems.

Rocket Lab founder and CEO, Peter Beck, says: “We’re dedicated to building a next-generation rocket that will transform space access for constellations through to the most critical missions in support of national security, and it’s an honor to be partnering with the U.S. Space Force to develop Neutron. This award is a vote of confidence in Neutron and our ability to deliver low-cost, responsive, dedicated launch for the U.S. Government. We’ve built a trusted launch system with Electron, and we’ll do it again with Neutron to continue providing unfettered access to space with our new heavier-lift vehicle.”

Founded in 2006, Rocket Lab is an end-to-end space company with an established track record of mission success. We deliver reliable launch services, spacecraft components, satellites and other spacecraft and on-orbit management solutions that make it faster, easier and more affordable to access space. Headquartered in Long Beach, California, Rocket Lab designs and manufactures the Electron small orbital launch vehicle and the Photon satellite platform and is developing the Neutron 8-ton payload class launch vehicle. Since its first orbital launch in January 2018, Rocket Lab’s Electron launch vehicle has become the second most frequently launched U.S. rocket annually and has delivered 105 satellites to orbit for private and public sector organizations, enabling operations in national security, scientific research, space debris mitigation, Earth observation, climate monitoring, and communications. Rocket Lab’s Photon spacecraft platform has been selected to support NASA missions to the Moon and Mars, as well as the first private commercial mission to Venus. Rocket Lab has three launch pads at two launch sites, including two launch pads at a private orbital launch site located in New Zealand, one of which is currently operational, and a second launch site in Virginia, USA which is expected to become operational by the end of 2021.

Established in 2017, SpEC facilitates engagement between the Department of Defense space community, industry, and academia. SpEC leverages these partnerships to promote integrated research and prototyping efficiencies, and to accelerate next-generation space-related technology and prototype development. Today, the Consortium now has just under 600 members, 70 percent of which are non-traditional. To learn more, visit: https://space-enterprise.org/ SSC, headquartered at Los Angeles Air Force Base in El Segundo, California, is a U.S. Space Force field command responsible for developing and acquiring lethal and resilient space capabilities for warfighters by rapidly identifying, prototyping, fielding and sustaining innovative, space-based solutions to meet the demands of the National Defense Strategy. SSC’s functions include developmental testing, production, launch, on-orbit checkout, and maintenance of USSF space systems, as well as and oversight of USSF science and technology activities.

This press release may contain certain “forward-looking statements” within the meaning of the Private Securities Litigation Reform Act of 1995, Section 27A of the Securities Act of 1933, as amended, and Section 21E of the Securities and Exchange Act of 1934, as amended. These forward-looking statements are based on Rocket Lab’s current expectations and beliefs concerning future developments and their potential effects. These forward-looking statements involve a number of risks, uncertainties (many of which are beyond Rocket Lab’s control), or other assumptions that may cause actual results or performance to be materially different from those expressed or implied by these forward-looking statements. Many factors could cause actual future events to differ materially from the forward-looking statements in this press release, including risks related to the global COVID-19 pandemic, including risks related to government restrictions and lock-downs in New Zealand and other countries in which we operate that could delay or suspend our operations; delays and disruptions in expansion efforts; our dependence on a limited number of customers; the harsh and unpredictable environment of space in which our products operate which could adversely affect our launch vehicle and spacecraft; increased congestion from the proliferation of low Earth orbit constellations which could materially increase the risk of potential collision with space debris or another spacecraft and limit or impair our launch flexibility and/or access to our own orbital slots; increased competition in our industry due in part to rapid technological development and decreasing costs; technological change in our industry which we may not be able to keep up with or which may render our services uncompetitive; average selling price trends; failure of our satellites to operate as intended either due to our error in design in production or through no fault of our own; launch schedule disruptions; supply chain disruptions, product delays or failures; design and engineering flaws; launch failures; natural disasters and epidemics or pandemics; changes in governmental regulations including with respect to trade and export restrictions, or in the status of our regulatory approvals or applications; or other events that force us to cancel or reschedule launches, including customer contractual rescheduling and termination rights,  and the other risks detailed from time to time in Rocket Lab’s filings with the Securities and Exchange Commission under the heading “Risk Factors” and elsewhere (including that the impact of the COVID-19 pandemic may also exacerbate the risks discussed therein). There can be no assurance that the future developments affecting Rocket Lab will be those that we have anticipated. Except as required by law, Rocket Lab is not undertaking any obligation to update or revise any forward-looking statements whether as a result of new information, future events or otherwise.