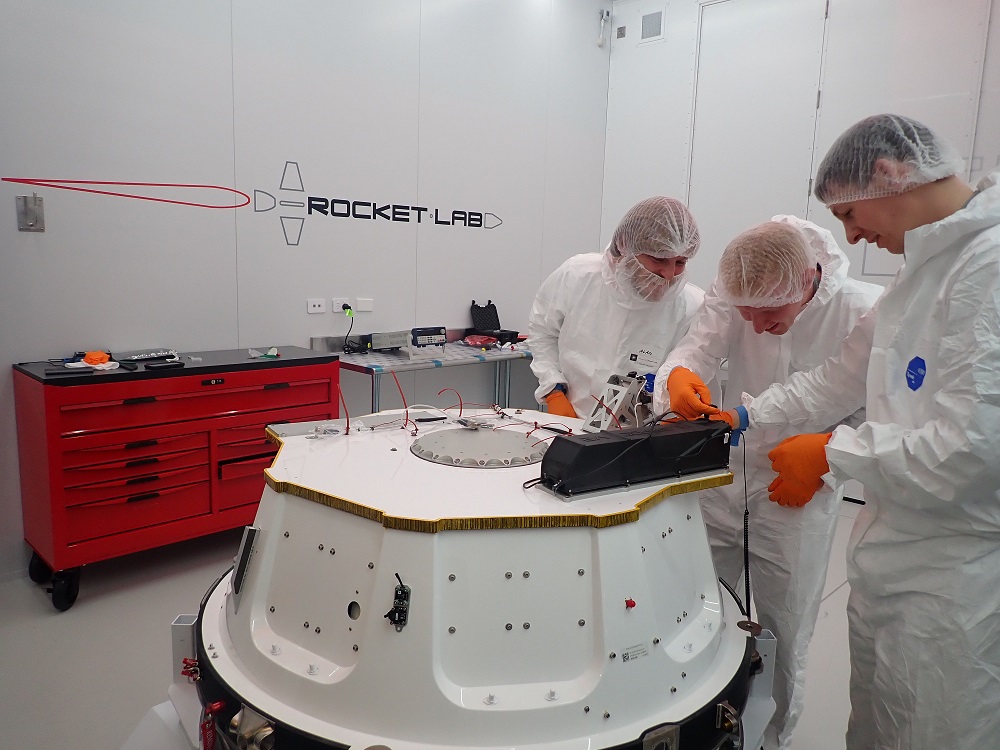 Launching on Electron in Q4 2021, the mission will deploy a range of pocket-sized satellites designed to demonstrate innovative radio and night-time Earth observation technologies

The four pico-satellites in Alba Orbital’s cluster will fly as part of a rideshare mission on Rocket Lab’s Electron launch vehicle, lifting-off from Launch Complex 1 on New Zealand’s Mahia Peninsula in Q4, 2021. The cluster includes Alba Orbital’s own Unicorn-2 PocketQube satellites, as well as the TRSI-2, TRSI-3, and MyRadar-1 satellites for Alba Orbital’s customers. Each small satellite carries a unique sensor designed to demonstrate innovative technologies on orbit.

All four PocketQubes will be deployed to a circular orbit by Electron’s Kick Stage, a nimble spacecraft that provides in-space propulsion and maneuvering capability to ensure each satellite is deployed to a precise and unique orbit defined by the customer.

“We’re delighted to be Alba Orbital’s mission partner once again,” said Rocket Lab Founder and Chief Executive, Peter Beck. “The Alba Orbital team have proven that incredibly small satellites can be highly capable and deliver tangible insights and services back down to Earth at a fraction of traditional satellite costs. Making it faster, easier and more affordable to access space is a mission we share, so we’re excited to make it possible with Electron.”

“It’s a pleasure to be working with Rocket Lab again on this exciting mission,'' said Tom Walkinshaw, CEO and Founder of Alba Orbital. “We successfully flew six satellites on board Rocket Lab’s ‘Running Out of Fingers’ flight in 2019, and we are thrilled to launch the first of our imaging constellation dedicated to imaging the Earth at night on board the Electron rocket. From day one, Alba Orbital’s mission has always been to democratize access to space, and Rocket Lab has demonstrated that they are whole-heartedly committed to the same vision.”

The Alba cluster joins this mission alongside AuroraSat-1 from Aurora Propulsion Technologies, a Finnish company dedicated to the sustainable use of space. The mission is one of many scheduled to lift off on Electron from Launch Complex 1 this year, including three back-to-back dedicated launches for BlackSky Global, and the CAPSTONE mission to the Moon in support of NASA’s Artemis program.

Rocket Lab is a global leader in space, building rockets and spacecraft that make it easier to get to orbit and to do amazing things there. Founded in 2006, Rocket Lab provides end-to-end mission services that provide frequent and reliable access to space for civil, defense, and commercial markets. Headquartered in Long Beach, California, Rocket Lab designs and manufactures the Electron and Neutron launch vehicles and Photon satellite platform. Rocket Lab’s Electron launch vehicle is the second most frequently launched U.S. rocket annually and has delivered more than 100 satellites to orbit for private and public sector organizations, enabling operations in national security, scientific research, space debris mitigation, Earth observation, climate monitoring, and communications. Rocket Lab and Vector Acquisition Corporation (Nasdaq: VACQ), a publicly-traded special purpose acquisition company, announced a proposed business combination in the first quarter of 2021 (https://bwnews.pr/3yBYYzd). The transaction is expected to be completed in the third quarter of 2021. Upon closing, the combined company is expected to remain listed on the Nasdaq with its common stock and warrants trading under the new ticker symbols, “RKLB” and “RKLBW”, respectively.

Rocket Lab, Vector and their respective directors and executive officers may be deemed to be participants in the solicitation of proxies from Vector’s shareholders in connection with the proposed transaction. A list of the names of such directors, executive officers, other members of management, and employees, and information regarding their interests in the proposed transaction are contained in Vector’s filings with the SEC, including Vector’s Annual Report on Form 10-K for the year ended December 31, 2020, filed with the SEC on March 30, 2021, as amended by Amendment No. 1 on May 3, 2021, certain of its Current Reports filed on Form 8-K and the definitive proxy statement/prospectus relating to the proposed transaction filed on July 22, 2021, and such information and names of Rocket Lab’s directors and executive officers is in the definitive proxy statement/prospectus relating to the proposed transaction filed on July 22, 2021. Additional information regarding the interests of such potential participants in the solicitation process are included in the registration statement (and included in the proxy statement/prospectus) and other relevant documents when they are filed with the SEC.