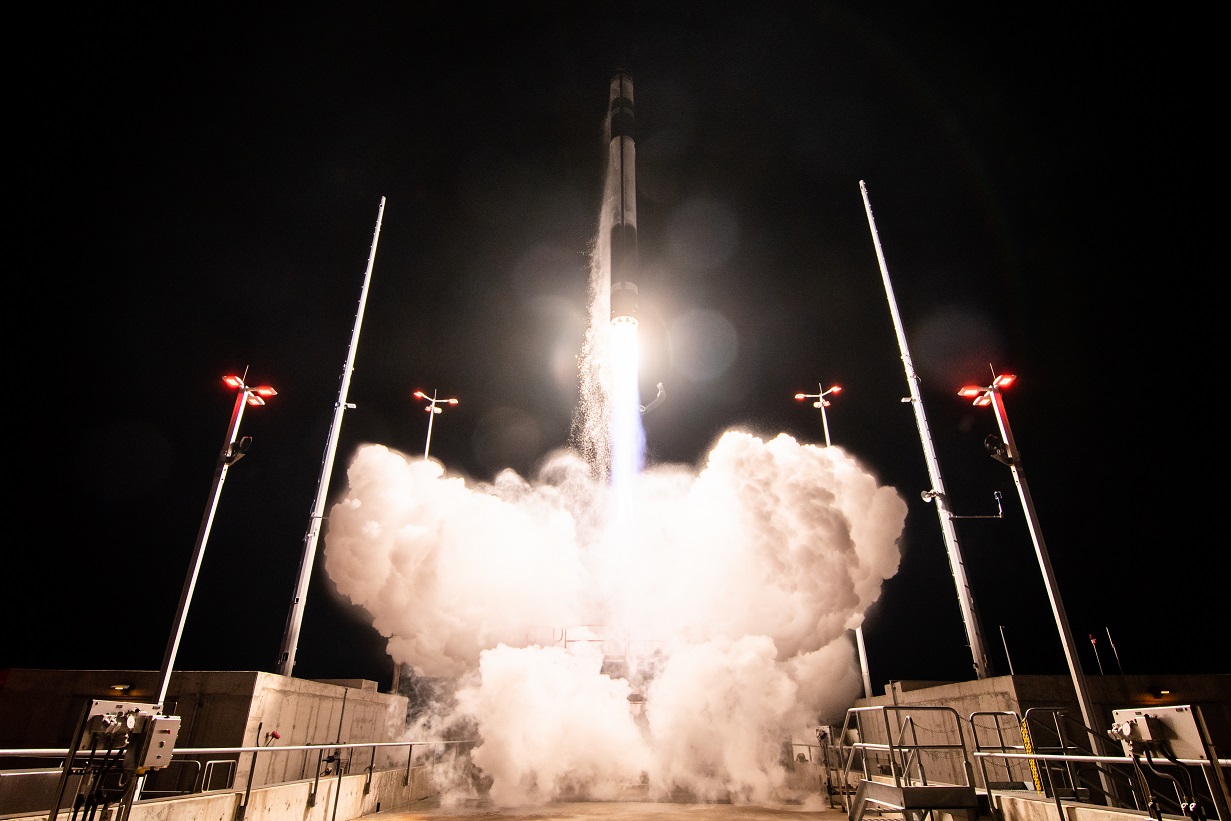 The mission was Rocket Lab’s 33rd Electron mission overall but the first launched from U.S. soil, introducing a new responsive launch capability to the nation

The successful launch from LC-2 marks the beginning of a new era of responsive launch capability for small satellites from U.S. soil. Built with support from Virginia Space, the Commonwealth of Virginia and NASA Wallops Flight Facility, Rocket Lab Launch Complex 2 is designed to serve the responsive space needs of commercial, civil, defense, and national security customers, supporting up to 12 missions per year. Combined with Rocket Lab’s private Launch Complex 1 site in New Zealand, the Company’s launch sites can support more than 130 launch opportunities every year, delivering flexibility and rapid launch capability for customers.

“Electron is already the leading small orbital rocket globally, and today’s perfect mission from a new pad is testament to our team’s unrelenting commitment to mission success,” said Rocket Lab founder and CEO Peter Beck. “After our busiest launch year yet in 2022 with nine successful missions, what better way to kick off the new year than by launching Virginia-built spacecraft from a Virginia launch site, enabled by our rapidly growing Virginia-based team. This mission has been a real team effort. Thanks to the consistent support of NASA, Virginia Space, the FAA, the Commonwealth and our mission partner HawkEye 360, Rocket Lab is proud to bring a reliable and responsive new launch capability to Virginia’s Eastern Shore.”

“We are grateful to share in the success of today’s launch. Our sixth trio of satellites and our first mid-latitude satellite cluster will broaden the scope of our geospatial insights for our partners around the world,” said HawkEye 360 CEO, John Serafini. “This also marks our first launch in our home state of Virginia, making today’s success even more meaningful. We look forward to a fruitful partnership with Rocket Lab and Virginia Space in the months and years ahead.”

The launch of Electron from the NASA-controlled Wallops Flight Facility also marked the introduction of the agency’s autonomous flight termination capability, known as NAFTU (NASA Autonomous Flight Termination Unit). While Rocket Lab has successfully flown its own autonomous system on Electron missions since 2019, NASA developed NAFTU in conjunction with this launch to provide a common system for flight termination for a wide array of launch vehicles at any launch range. Autonomous flight termination capability now being in operation at Wallops can provide faster and cheaper access to space for small satellites by enabling wider launch windows, smaller launch safety corridors, and reduced reliance on ground-based systems.

“We are honored to support the launch of this historic mission”, said Ted Mercer, CEO and Executive Director of Virginia Space. “In addition to being Rocket Lab’s first and only U.S. launch location, we will also be building rockets and processing their payload right here in Accomack County – something that has never been done in Virginia. Our partnership with Rocket Lab is a unique opportunity for the Commonwealth of Virginia to create long-term economic development opportunities in the form of high-paying jobs, launch viewing tourism, and construction of new facilities on the Eastern Shore.”

The “Virginia is for Launch Lovers” mission was the first of three Electron launches for HawkEye 360 in a contract that will see Rocket Lab deliver 15 satellites to low Earth orbit in 2023 and 2024. These missions will grow HawkEye 360’s constellation of radio frequency monitoring satellites, enabling the company to better deliver precise geolocation of radio frequency emissions anywhere in the world. Supporting Rocket Lab’s vertical integration strategy, Rocket Lab will also supply HawkEye 360 with separation systems produced by Planetary Systems Corporation, a Maryland-based space hardware company acquired by Rocket Lab in December 2021.

Virginia is the first U.S. launch location of the Electron launch vehicle, but it will also be home to the Company’s new larger launch vehicle Neutron, which will be built, tested, launched, and landed within the Wallops Flight Facility in the future. Construction is underway of the Neutron Production Complex as development of the new rocket progresses, thanks to the continuous support from the Commonwealth and Virginia Space.

This press release may contain certain “forward-looking statements” within the meaning of the Private Securities Litigation Reform Act of 1995, Section 27A of the Securities Act of 1933, as amended, and Section 21E of the Securities Exchange Act of 1934, as amended. All statements, other than statements of historical facts, contained in this release, including statements regarding our expectations of financial results for the first quarter of 2023, strategy, future operations, future financial position, projected costs, prospects, plans and objectives of management, are forward-looking statements. Words such as, but not limited to, “anticipate,” “aim,” “believe,” “contemplate,” “continue,” “could,” “design,” “estimate,” “expect,” “intend,” “may,” “might,” “plan,” “possible,” “potential,” “predict,” “project,” “seek,” “should,” “suggest,” “strategy,” “target,” “will,” “would,” and similar expressions or phrases, or the negative of those expressions or phrases, are intended to identify forward-looking statements, although not all forward-looking statements contain these identifying words. These forward-looking statements are based on Rocket Lab’s current expectations and beliefs concerning future developments and their potential effects. These forward-looking statements involve a number of risks, uncertainties (many of which are beyond Rocket Lab’s control), or other assumptions that may cause actual results or performance to be materially different from those expressed or implied by these forward-looking statements. Many factors could cause actual future events to differ materially from the forward-looking statements in this release, including risks related to the global COVID-19 pandemic; risks related to government restrictions and lock-downs in New Zealand and other countries in which we operate that could delay or suspend our operations; delays and disruptions in expansion efforts; our dependence on a limited number of customers; the harsh and unpredictable environment of space in which our products operate which could adversely affect our launch vehicle and spacecraft; increased congestion from the proliferation of low Earth orbit constellations which could materially increase the risk of potential collision with space debris or another spacecraft and limit or impair our launch flexibility and/or access to our own orbital slots; increased competition in our industry due in part to rapid technological development and decreasing costs; technological change in our industry which we may not be able to keep up with or which may render our services uncompetitive; average selling price trends; failure of our launch vehicles, spacecraft and components to operate as intended either due to our error in design in production or through no fault of our own; launch schedule disruptions; supply chain disruptions, product delays or failures; design and engineering flaws; launch failures; natural disasters and epidemics or pandemics; changes in governmental regulations including with respect to trade and export restrictions, or in the status of our regulatory approvals or applications; or other events that force us to cancel or reschedule launches, including customer contractual rescheduling and termination rights; risks that acquisitions may not be completed on the anticipated time frame or at all or do not achieve the anticipated benefits and results; and the other risks detailed from time to time in Rocket Lab’s filings with the Securities and Exchange Commission (the “SEC”), including under the heading “Risk Factors” in Rocket Lab’s Annual Report on Form 10-K for the fiscal year ended December 31, 2021, which was filed with the SEC on March 24, 2022, and elsewhere (including that the impact of the COVID-19 pandemic may also exacerbate the risks discussed therein). There can be no assurance that the future developments affecting Rocket Lab will be those that we have anticipated. Except as required by law, Rocket Lab is not undertaking any obligation to update or revise any forward-looking statements whether as a result of new information, future events or otherwise.