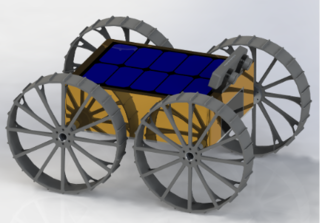 The solar panels will use Rocket Lab’s inverted metamorphic multi-junction (IMM) solar cells that are more efficient and lighter weight than standard multi-junction space solar cells and provide the exact capabilities needed for the program. The IMM cells were developed by SolAero Technologies Inc, a leading space solar power company acquired by Rocket Lab in January 2022.

The CADRE robots are the next generation of NASA’s Autonomous Pop-Up Flat Folding Explorer Robots (A-PUFFER) technology. NASA’s Jet Propulsion Laboratory is designing the CADRE robots to be able to explore as a group to collect data in the hardest-to-reach places on the Moon, Mars and beyond.

CADRE is targeted to fly as a technology demonstration on a commercial robotic lander within the next five years through NASA’s Commercial Lunar Payload Services Initiative.