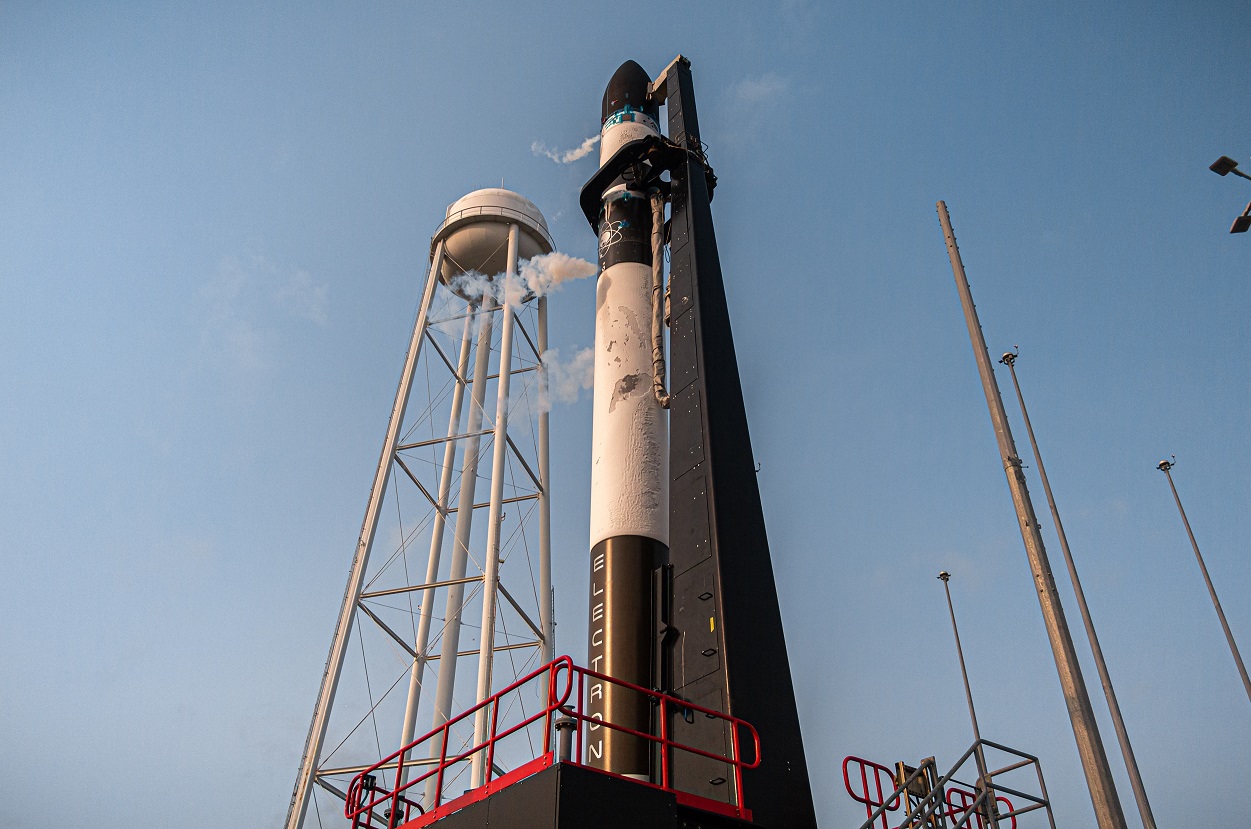 Rocket Lab will launch three Electron missions for HawkEye 360, the first of which is expected to be the inaugural launch from Rocket Lab Launch Complex 2 in Virginia

Long Beach, California. April 19, 2022 – Rocket Lab (Nasdaq: RKLB) (“Rocket Lab” or “the Company”), a leading launch and space systems company, today announced it has been selected by Virginia-based HawkEye 360 to launch three Electron missions for the radio frequency geospatial analytics provider. The first of the three missions is scheduled to be Rocket Lab’s inaugural Electron mission from Launch Complex 2 on Wallops Island, Virginia, ushering in an era of Rocket Lab launches from U.S. soil from no earlier than December 2022.

Rocket Lab founder and CEO, Peter Beck, says: “I’m thrilled to welcome HawkEye 360 onto Electron’s manifest and especially looking forward to launching our inaugural mission from Launch Complex 2 in Virginia. Operating multiple Electron pads across both hemispheres opens up incredible flexibility for our customers and delivers assured access to space, something we know is becoming increasingly critical as launch availability wanes worldwide. This contract also demonstrates continued execution on our vertical integration strategy, in this case bringing reliable launch and flight proven separation systems under one roof to streamline the integration and launch process for HawkEye 360.”

HawkEye 360 COO Rob Rainhart said: “Rocket Lab provides the flexibility we need to fill out our constellation and reach our desired orbits. Their service will drive down our revisit rates in midlatitude AOIs, bringing a higher density of data to our customers. We’re excited to be joining the inaugural launch from Virginia, as a Virginia-based company launching our satellites from our home state.”

This agreement is the latest multi-launch contract for Rocket Lab, adding to a multi-launch contract for five dedicated Electron missions for global Internet-of-Things (IoT) connectivity provider Kinéis to be launched from 2023 onward, as well as one for three dedicated missions for Earth imaging company Synspective, the first of which was launched in February 2022.

This press release may contain certain “forward-looking statements” within the meaning of the Private Securities Litigation Reform Act of 1995, Section 27A of the Securities Act of 1933, as amended, and Section 21E of the Securities Exchange Act of 1934, as amended. These forward-looking statements are based on Rocket Lab’s current expectations and beliefs concerning future developments and their potential effects. These forward-looking statements involve a number of risks, uncertainties (many of which are beyond Rocket Lab’s control), or other assumptions that may cause actual results or performance to be materially different from those expressed or implied by these forward-looking statements. Many factors could cause actual future events to differ materially from the forward-looking statements in this press release, including risks related to the global COVID-19 pandemic; risks related to government restrictions and lock-downs in New Zealand and other countries in which we operate that could delay or suspend our operations; delays and disruptions in expansion efforts; our dependence on a limited number of customers; the harsh and unpredictable environment of space in which our products operate which could adversely affect our launch vehicle and spacecraft; increased congestion from the proliferation of low Earth orbit constellations which could materially increase the risk of potential collision with space debris or another spacecraft and limit or impair our launch flexibility and/or access to our own orbital slots; increased competition in our industry due in part to rapid technological development and decreasing costs; technological change in our industry which we may not be able to keep up with or which may render our services uncompetitive; average selling price trends; failure of our launch vehicles, spacecraft and components to operate as intended either due to our error in design in production or through no fault of our own; launch schedule disruptions; supply chain disruptions, product delays or failures; design and engineering flaws; launch failures; natural disasters and epidemics or pandemics; changes in governmental regulations including with respect to trade and export restrictions, or in the status of our regulatory approvals or applications; or other events that force us to cancel or reschedule launches, including customer contractual rescheduling and termination rights; risks that acquisitions may not be completed on the anticipated time frame or at all or do not achieve the anticipated benefits and results; and the other risks detailed from time to time in Rocket Lab’s filings with the Securities and Exchange Commission (the “SEC”), including under the heading “Risk Factors” in Rocket Lab’s Annual Report on Form 10-K for the fiscal year ended December 31, 2021, which was filed with the SEC on March 24, 2022, and elsewhere (including that the impact of the COVID-19 pandemic may also exacerbate the risks discussed therein). There can be no assurance that the future developments affecting Rocket Lab will be those that we have anticipated. Except as required by law, Rocket Lab is not undertaking any obligation to update or revise any forward-looking statements whether as a result of new information, future events or otherwise.