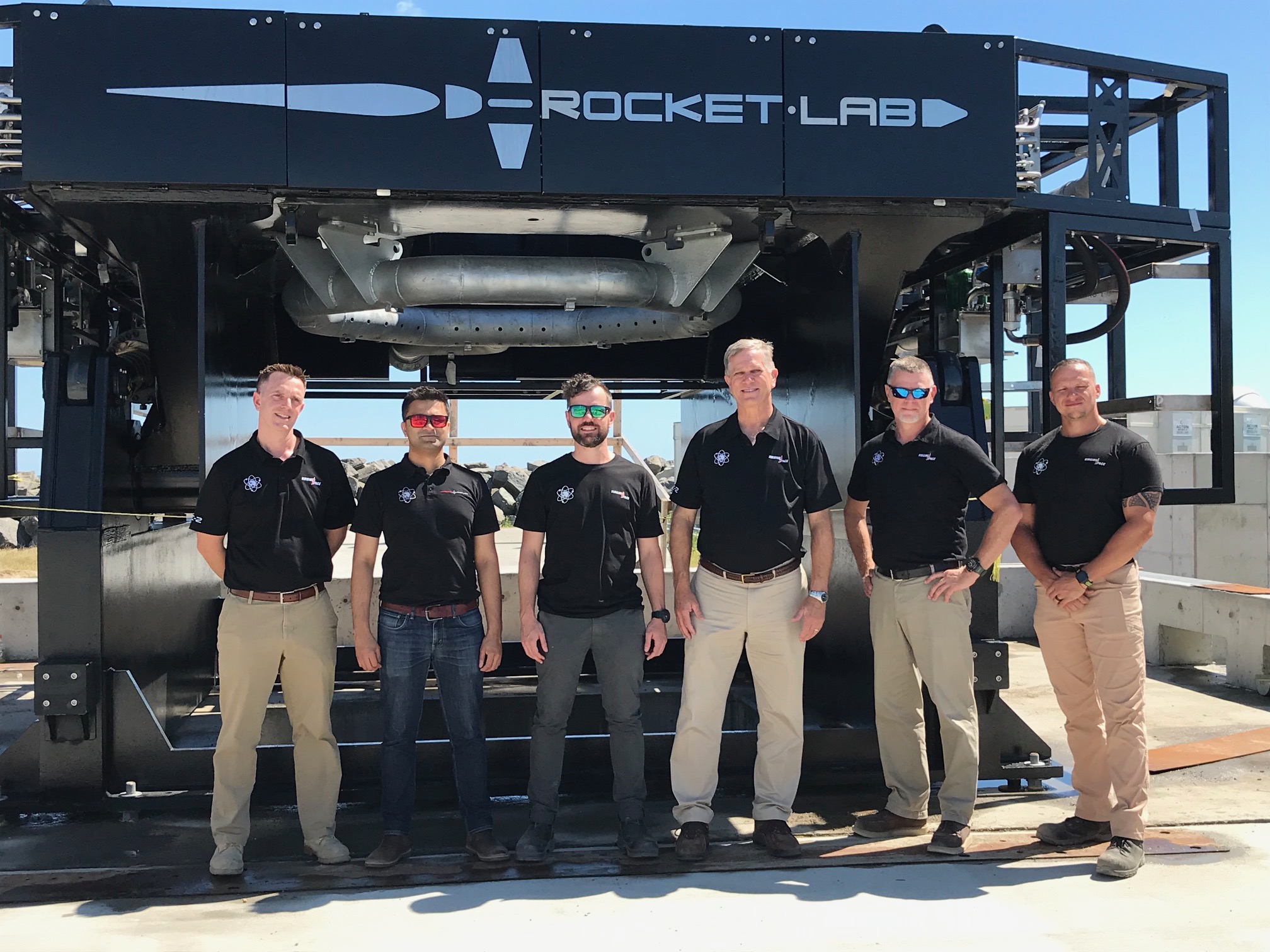 Wallops Island, Virginia. 18 September 2019 – Rocket Lab, the global leader in dedicated small satellite launch, and Virginia Space at the Mid-Atlantic Regional Spaceport (MARS), have completed a major construction milestone ahead of the first Electron launch from U.S. soil. The recent installation of the launch platform at Rocket Lab’s second launch site, Launch Complex 2, marks one of the final steps in the construction of the new pad being built by the Rocket Lab and Virginia Space teams.

Construction on Launch Complex 2, located at the Mid-Atlantic Regional Spaceport (MARS) on Wallops Island, Virginia, began in February 2019. In the few months since then, more than 1,400 cubic yards of concrete have been poured to create the pad on which Electron’s launch platform is mounted. The 66 ton launch platform was installed into its final position this month, ready for the 44 foot, 7.6 ton strongback to be mounted to the platform in coming weeks. Both the launch platform and strongback were built by Steel America in Norfolk, Virginia. The launch site largely mirrors Rocket Lab’s first launch location, Launch Complex 1 in New Zealand, where the Electron launch vehicle transports horizontally down the launch ramp, and then is lifted vertically by the strongback to be ready for launch.

In the coming weeks, work will focus on final build and integration of various launch pad systems that will process, load propellant into, and launch Electron. The final step in the completion of the site is integration and test activities, which is expected to be complete by December 2019. Once the site is complete, work begins on testing, commissioning, and integration at the launch site in preparation for the first Electron launch from U.S. soil in early 2020.

Rocket Lab’s Vice President of Launch Shaun D’Mello says the completion of the launch platform is a significant step in enabling Electron launch from U.S. soil.

“I’m immensely proud of the Rocket Lab team here at Launch Complex 2 and continuously impressed by the drive and dedication of the Virginia Space, MARS, and NASA teams, as well as our many local suppliers, as we’ve worked together to build a launch site in record time. We’re now entering an exciting period of testing and commissioning to get Launch Complex 2 ready for its first Electron launch in early 2020,” said Mr. D’Mello.

David Pierce, Director at NASA Goddard Space Flight Center’s Wallops Flight Facility, said: “NASA is actively advancing all aspects of small spacecraft missions to the greatest national benefit, and Rocket Lab’s progress on Launch Complex 2 over the past several months has been nothing short of incredible. The company’s Electron rocket helps fill a key national need for providing more – and more frequent – launch opportunities for small satellites, and NASA’s Launch Range at GSFC/Wallops, which has enabled commercial space operations for decades, is poised and ready to support these missions.”

Dale Nash, CEO and Executive Director of Virginia Space, said: “Emplacement of the launch mount is a major milestone on our march toward completion of Launch Complex 2 in less than 12 months.  It is a remarkable partnership we have developed with Rocket Lab, NASA, DoD, and the supplier base from Virginia to New Zealand and back again.  The first launch of the Electron from Launch Complex 2 at MARS on Wallops Island is just over the horizon – you can almost hear the roar, and see the smoke and fire.”

In addition to the launch site itself, Virginia Space has started construction on a new Integration and Control Facility (ICF) located within the Wallops Research Park to support the Rocket Lab team in Virginia. The ICF will house multiple Electron launch vehicles for pre-launch integration and will be home to Launch Complex 2 Range Control operations, payload integrations cleanrooms, and administrative offices.  Once fully operational, Launch Complex 2 is expected to employ up to 30 people in engineering, launch safety, and administrative positions.