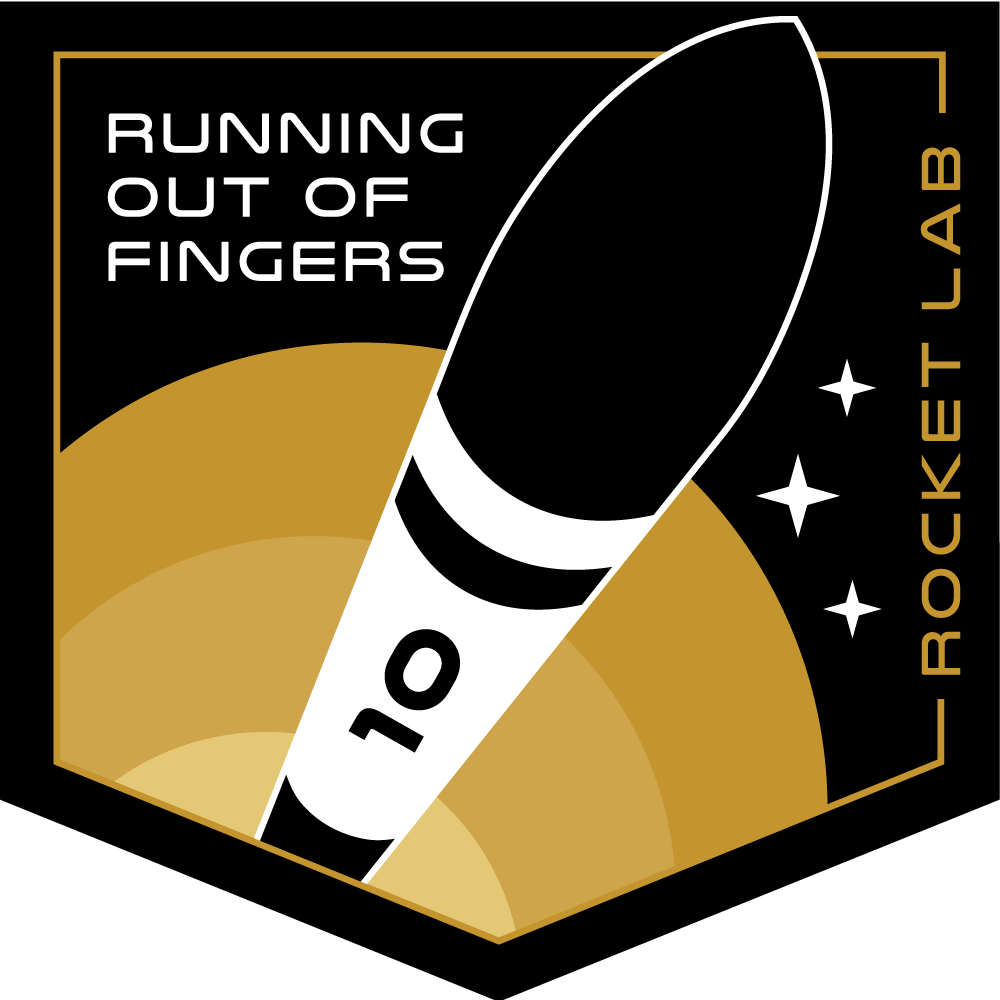 Onboard this rideshare mission are six spacecraft comprised of 5cm PocketQube microsatellites from satellite manufacturer and mission management provider Alba Orbital. The final payload on board was procured by satellite rideshare and mission management provider Spaceflight for ALE Co., Ltd (ALE), a Tokyo-based company creating microsatellites that simulate meteor particles.

Electron’s first stage will not be recovered from this mission, however the stage includes new hardware and sensors to inform future recovery efforts. As part of a first stage block upgrade, Electron’s booster will include guidance and navigation hardware, including S-band telemetry and onboard flight computer systems, to gather data during the first stage’s atmospheric re-entry. The stage is also equipped with a reaction control system to orient the booster during its re-entry descent.

“Reaching our tenth flight within only two years of commercial operations is an incredible achievement. Thanks to the continued dedication and passion of the teams at Rocket Lab, responsive and frequent access to space is the new normal for small satellites. As we move beyond once-a-month missions towards our goal of weekly launches, recovering and reusing Electron could play a significant role in increasing launch frequency.”

Payloads onboard ‘Running Out Of Fingers’:

Fossasat-1: FossaSat 1 is a picosatellite developed by Spanish non-profit organization Fossa Systems. The spacecraft, which fits in the palm of a hand, is a communications satellite that uses low power RF to provide IOT connectivity.

NOOR 1A & NOOR 1B: These satellites from Stara Space will demonstrate LEO-to-LEO intersatellite link technology communicating with ground stations on Earth; crucial technologies required to create a real-time global communications constellation in space.

SMOG-P: A novel spectrum monitoring payload built by students at the Budapest University of Technology and Economics in Hungary. Smog-P features a spectrum analyzer to measure man-made electromagnetic pollution from space.

TRSI Sat: ACME AtronOmatic is a US-Germany based software application development company that provides flight tracking services to the aviation community and to mobile applications such as MyRadar, a weather radar application for mobile devices.