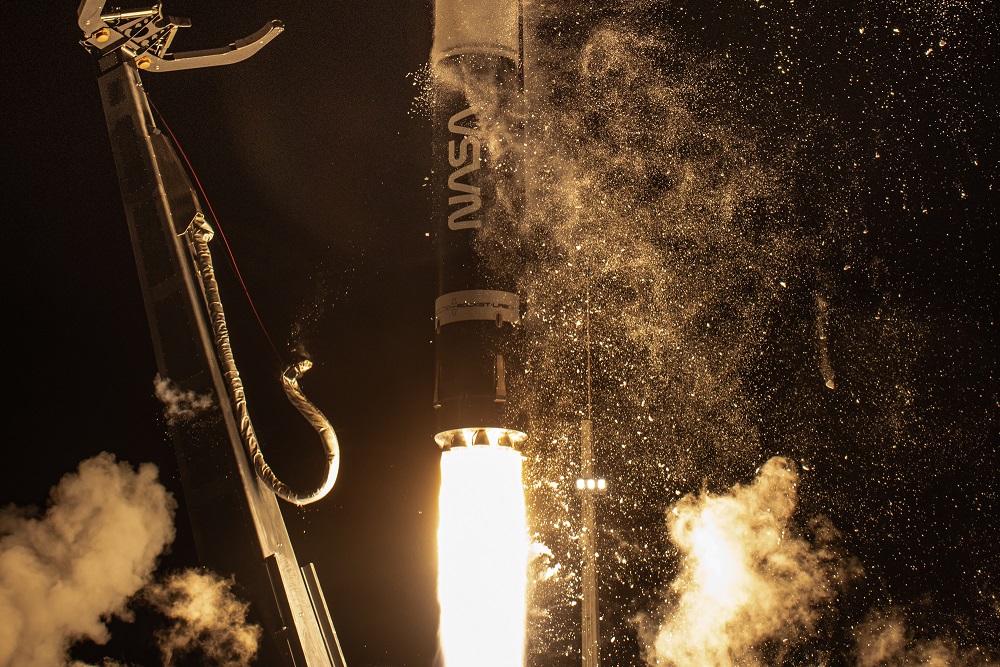 Designed and built by Tyvak Nano-Satellite Systems, a Terran Orbital Corporation, and owned and operated by Advanced Space on behalf of NASA, the Cislunar Autonomous Positioning System Technology Operations and Navigation Experiment (CAPSTONE) CubeSat will be the first spacecraft to test the Near Rectilinear Halo Orbit (NRHO) around the Moon. This is the same orbit intended for NASA’s Gateway, a multipurpose Moon-orbiting station that will provide essential support for long-term astronaut lunar missions as part of the Artemis program.

“Today’s launch was an important step in humanity’s return to the Moon and a testament to the determination, resolve, and innovation of the hundreds of people behind CAPSTONE,” said Rocket Lab founder and CEO, Peter Beck. “Rocket Lab was founded to open access to space and enable ground-breaking missions like this that push the limits of what’s possible with small satellites. While CAPSTONE’s journey to the Moon has only just begun, we’re proud to have safely delivered CAPSTONE to space.”

Thanks to a flawless launch on an Electron rocket to a low Earth parking orbit, CAPSTONE is now in a stable orbit attached to Rocket Lab’s Photon Lunar spacecraft bus - a highly capable interplanetary spacecraft that will provide in-space transportation to set CAPSTONE on a course for the Moon. From the initial parking orbit that CAPSTONE is in now, Photon Lunar’s HyperCurie engine will perform a series of orbit raising maneuvers over five days. The HyperCurie engine will ignite periodically to increase Photon’s velocity, stretching its orbit into a prominent ellipse around Earth. Six days after launch, HyperCurie will ignite one final time, accelerating Photon Lunar to 24,500 mph (39,500 km/h) and setting it on ballistic lunar transfer. Within 20 minutes of this final burn, Photon will release CAPSTONE into space for the first leg of the CubeSat’s solo flight. CAPSTONE’s journey to NRHO is expected to take around four months from this point. Assisted by the Sun’s gravity, CAPSTONE will reach a distance of 963,000 miles from Earth – more than three times the distance between Earth and the Moon – before being pulled back towards the Earth-Moon system. This sinuous track follows dynamic gravitational contours in deep space.

Unlike the Apollo lunar missions of the 1960s and 70s, which took a free return trajectory to the Moon, this fuel efficient ballistic lunar transfer makes it possible to deploy CAPSTONE to such a distant orbit using a small launch vehicle. While this gravity-driven track takes longer to reach the Moon, it will dramatically reduce the amount of fuel CAPSTONE will need to reach lunar orbit.

3D data visualization. Starting about one week after launch and throughout CAPSTONE’s mission, you can virtually ride along with the CubeSat with NASA’s Eyes at https://eyes.nasa.gov/apps/orrery/#/home