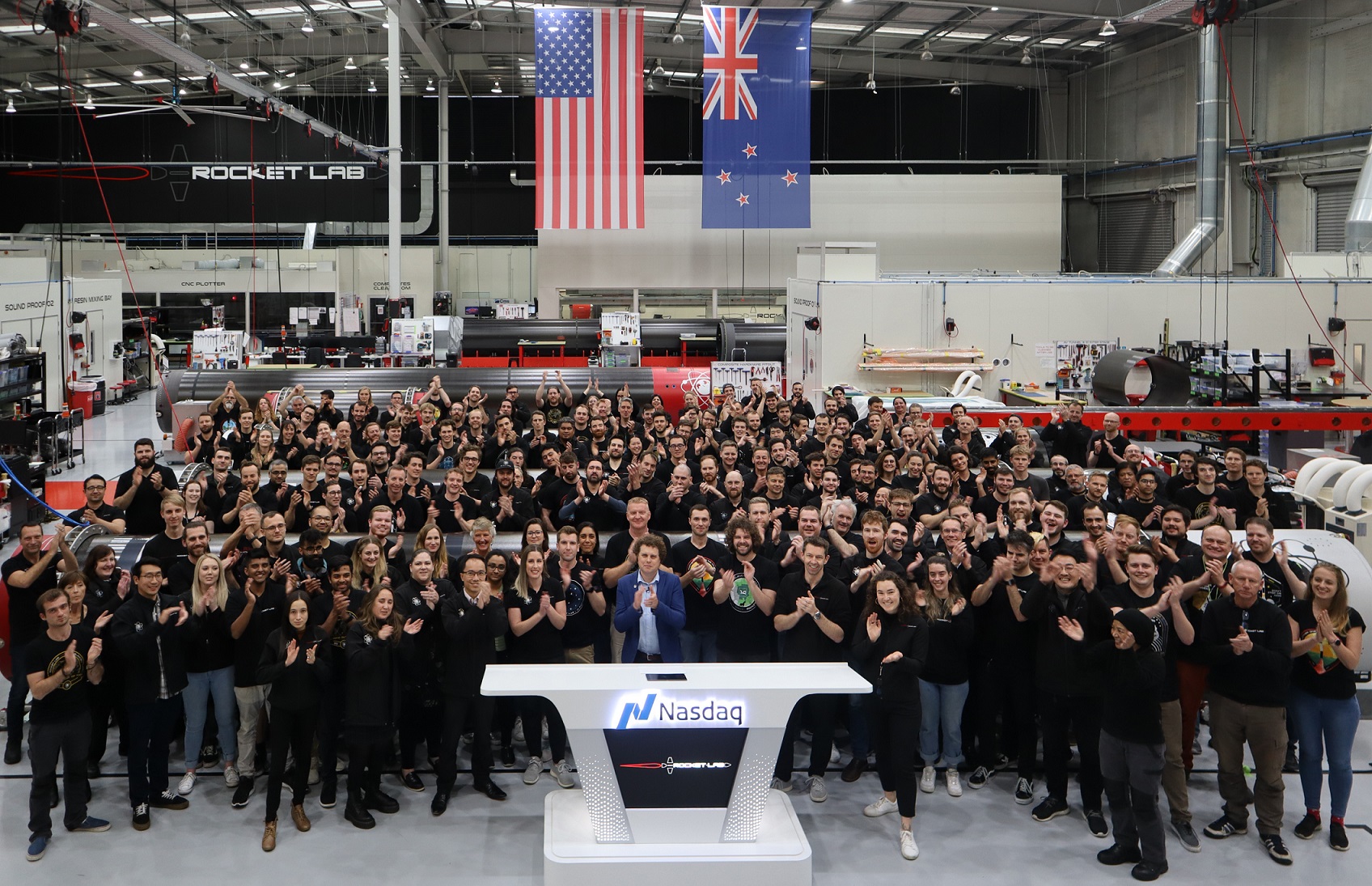 Rocket Lab’s common stock to commence trading on the Nasdaq under the ticker “RKLB” on August 25, 2021.

The gross amount of cash that Rocket Lab will receive from Vector’s trust account and PIPE financing that closed substantially concurrently with the merger, before transaction expenses, equals approximately $777 million. The proceeds are expected to accelerate organic and inorganic growth in Rocket Lab's space systems business, drive the development of the Company’s reusable 8-ton payload class Neutron rocket, and support potential future expansion into space applications enabling Rocket Lab to deliver data and services from space.

“Our team is motivated by the enormous impact we can have on Earth by making it easier to get to space and to do incredible things there. We are excited to be making that a reality by embarking on our next chapter as a public company,” said Rocket Lab founder and Chief Executive Officer, Peter Beck. “With our Electron rocket and Photon spacecraft, we’ve simplified space, making it easy and affordable for companies, scientists, governments, and entrepreneurs alike to get their ideas to orbit. Today, we take the next step toward unlocking the full potential of space, paving the way for our larger Neutron launch vehicle which will deploy the constellations of the future, and supporting our potential future expansion into space applications. I am thrilled to declare space open for business.”

“As a leader in democratizing access to space, Rocket Lab is well positioned to capitalize on exciting opportunities in commercial and government-sponsored space industry innovation,” said Alex Slusky, CEO of Vector and Founder & Chief Investment Officer of Vector Capital. “We are confident in Rocket Lab’s ability to deliver outstanding performance and reliability to drive long-term value for shareholders.”

Mr. Beck will continue to lead the combined company. Mr. Slusky will join the Board of Directors of the combined company alongside existing Directors Sven Strohband of Khosla Ventures, David Cowan of Bessemer Venture Partners, Matt Ocko of DCVC, Mike Griffin, Merline Saintil and Jon A. Olsen.

Rocket Lab has an established space systems business that develops satellite and spacecraft solutions for a range of commercial and government missions, from low-Earth orbit constellations to high-complexity deep space and interplanetary missions. Rocket Lab’s Photon spacecraft family delivers a satellite-as-a-service solution that eliminates the typical high cost, time and complexity customers face when building their own satellites. With Rocket Lab, customers can buy a launch, satellite, ground services and on-orbit management as a turn-key package, resulting in a disruptive reduction in cost and time to orbit. Rocket Lab has two operational Photons on orbit, with additional missions to the Moon, Mars and Venus planned, including the CAPSTONE mission to lunar orbit in support of NASA’s Artemis program.

To celebrate the completion of the business combination, Rocket Lab will be ringing the Nasdaq opening bell at 9:30 a.m. ET on August 25, 2021. A live stream of the event and replay can be accessed by visiting www.rocketlabusa.com/live-stream

Vector Acquisition Corporation (Nasdaq: VACQ) is a blank check company led by veteran technology investor Alex Slusky. In addition to serving as CEO of Vector Acquisition Corp., Mr. Slusky is Founder and Chief Investment Officer of Vector Capital, a private investment firm focused on the technology sector. He has more than 25 years of experience investing in and operating private and public technology companies as well a deep understanding of trends, market cycles, vertical expertise, and the proven ability to identify, diligence, structure, and transform technology businesses. The company leverages the full resources of Vector Capital to transform operations and accelerate growth of its target investments. For additional information, visit https://www.vectorcapital.com.

This press release may contain certain “forward-looking statements” within the meaning of the Private Securities Litigation Reform Act of 1995, Section 27A of the Securities Act of 1933, as amended, and Section 21E of the Securities and Exchange Act of 1934, as amended, including statements regarding Rocket Lab’s or their respective management teams’ expectations, hopes, beliefs, intentions or strategies regarding the future. The words “anticipate”, “believe”, “continue”, “could”, “estimate”, “expect”, “intends”, “may”, “might”, “plan”, “possible”, “potential”, “predict”, “project”, “should”, “would” and similar expressions may identify forward-looking statements, but the absence of these words does not mean that a statement is not forward-looking. These forward-looking statements are based on Rocket Lab’s current expectations and beliefs concerning future developments and involve a number of risks, uncertainties (some of which are beyond Rocket Lab’s control) or other assumptions. Many factors could cause actual future events to differ materially from the forward-looking statements in this press release, including but not limited to: (i) Rocket Lab’s future plans regarding the proceeds from the merger and PIPE financing, including the number of Vector shareholders, if any, that exercise appraisal rights in connection with the merger, (ii) factors impacting the development of the Neutron launch vehicle and Rocket Lab’s ability to drive growth in its space systems business, and (iii) potential delays in the certification of Rocket Lab’s flight termination system software by NASA, which could delay the timing of when our second launch site becomes operational. There can be no assurance that the future developments affecting Rocket Lab or any successor entity of the merger will be those that we have anticipated. Except as required by law, Rocket Lab is not undertaking any obligation to update or revise any forward-looking statements whether as a result of new information, future events or otherwise.