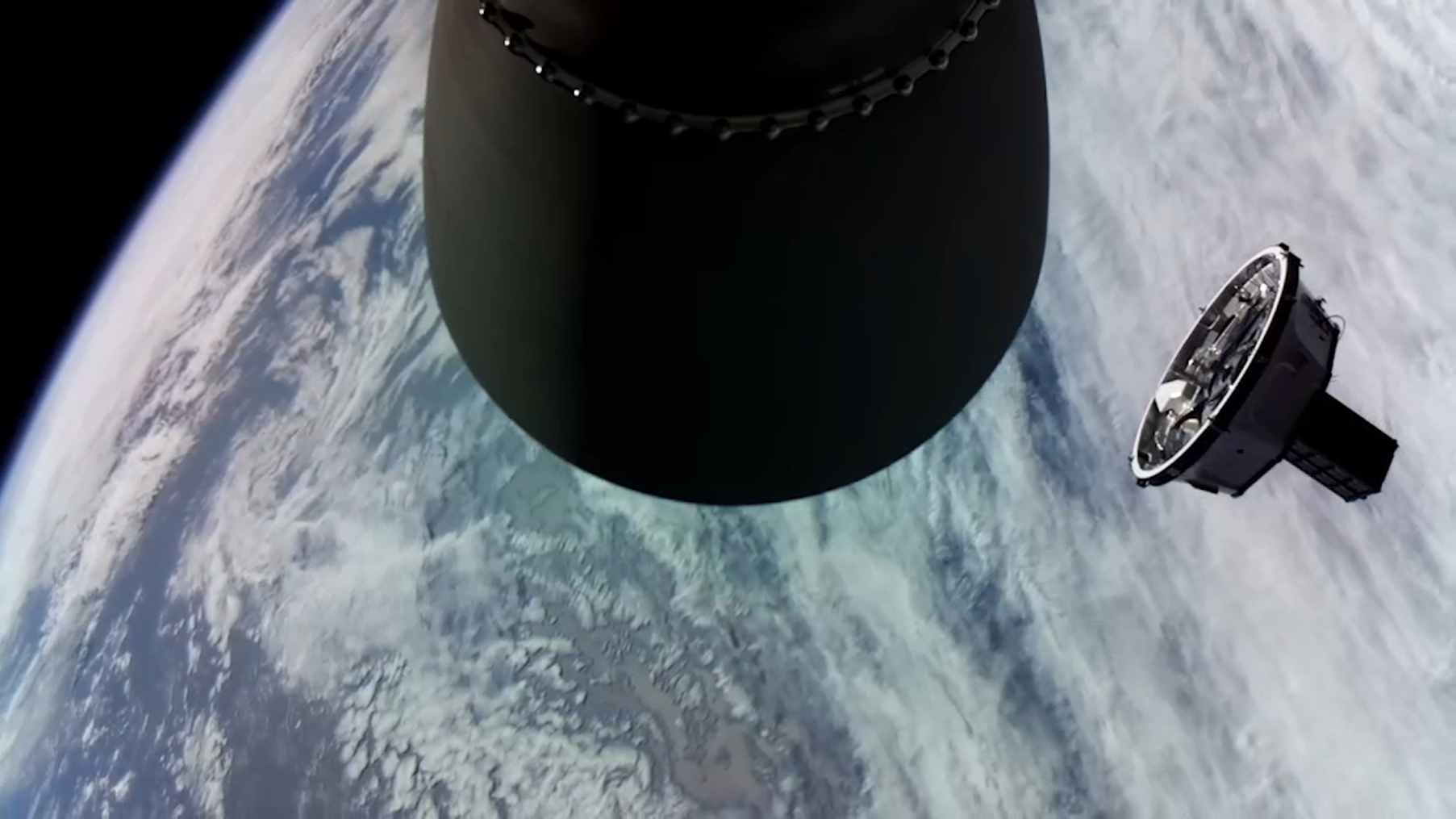 The mission, named ‘As The Crow Flies,’ lifted off from Rocket Lab Launch Complex 1 on New Zealand’s Māhia Peninsula at 01:22 UTC, 17 October 2019 (14:22 NZDT). Approximately 71 minutes after lift-off, Electron’s Kick Stage deployed the payload to a circular orbit of more than 1,000 km - more than twice the altitude of any Electron mission to date. The mission successfully demonstrated recent upgrades to the Kick Stage’s 3D-printed Curie engine, including the move to a bi-propellant design for improved performance. Curie also serves as the propulsion system on Rocket Lab’s Photon satellite bus, and the flight-proven engine upgrades support enduring missions in LEO, as well as higher orbits.

This mission takes the total number of satellites deployed by Rocket Lab to 40 and continues the company’s track record of 100% mission success for customers.

The spacecraft on board was a Palisade technology demonstration satellite - a 16U CubeSat with on-board propulsion and next generation communications systems developed by Astro Digital, and software developed by Advanced Solutions Inc. including an advanced version of ASI’s MAX Flight Software.

The mission earned its moniker, ‘As The Crow Flies,’ as a nod to Astro Digital’s Corvus Spacecraft Platform which provides flexible and cost-effective solutions across a wide range of applications and mission profiles on bus variants ranging from 6U and 16U CubeSats to ESPA Class. Corvus is also a widely distributed genus of birds that includes crows.

‘As The Crow Flies’ was pulled forward in Rocket Lab’s 2019 manifest after a customer originally slated for this window requested a later launch date.

“Congratulations to the Astro Digital team for readying the spacecraft and taking advantage of an earlier launch opportunity. Our teams worked closely to deliver a flawless mission in a demonstration of the truly responsive space launch that small satellites need,” said Rocket Lab Founder and Chief Executive, Peter Beck. “No longer do small satellite operators have to accept the limitations of flying as a secondary payload, nor do they have to wait endlessly on the manifest of unproven launch vehicles. Frequent, responsive, and reliable launch is the new norm for small satellites thanks to Electron.”

Rocket Lab’s next mission is scheduled for lift-off from Launch Complex 1 from late November.