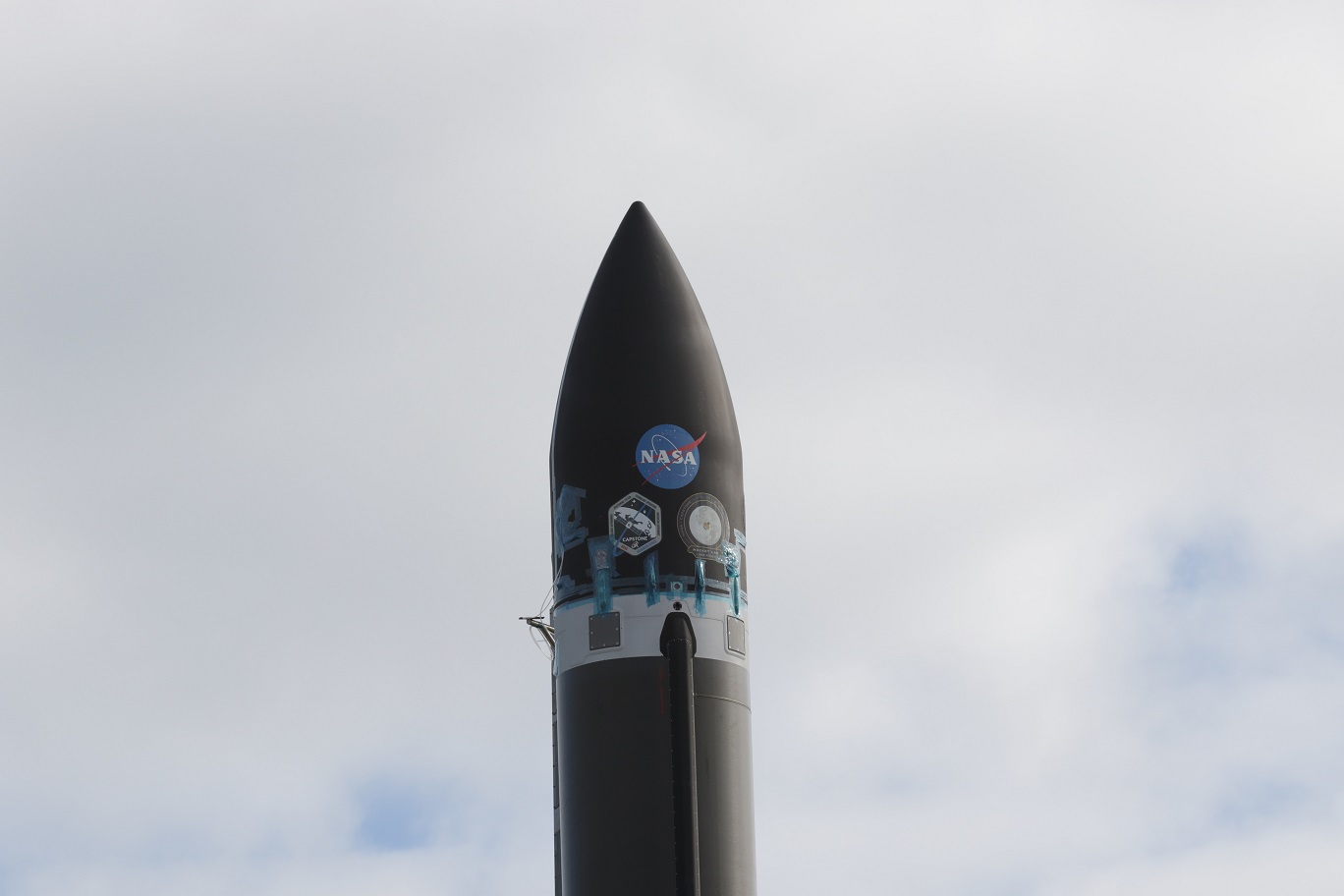 Rocket Lab will launch a microwave oven-sized CubeSat dubbed CAPSTONE to a never-before-flown orbit around the Moon, blazing a new efficient deep space route that NASA hopes to use for future human spaceflight missions

Long Beach, California. June 23, 2022 – Rocket Lab USA, Inc. (Nasdaq: RKLB) (“Rocket Lab” or “the Company”), a leading launch and space systems company, is preparing to launch a satellite to the Moon for NASA as early as June 27th.

Designed and built by Tyvak Nano-Satellite Systems, a Terran Orbital Corporation, and owned and operated by Advanced Space on behalf of NASA, the Cislunar Autonomous Positioning System Technology Operations and Navigation Experiment (CAPSTONE) CubeSat will be the first spacecraft to test the Near Rectilinear Halo Orbit (NRHO) around the Moon. Researchers expect this orbit to be a gravitational sweet spot in space – where the pull of gravity from Earth and the Moon interact to allow for a nearly-stable orbit – allowing physics to do most of the work of keeping a spacecraft in orbit around the Moon. NASA has big plans for this unique type of orbit. The agency hopes to park bigger spacecraft – including the lunar-orbiting space station Gateway – in an NRHO around the Moon, providing astronauts with a base from which to descend to the lunar surface as part of the Artemis program.

CAPSTONE will be launched to an initial low Earth orbit by Rocket Lab’s Electron launch vehicle and then placed on a ballistic lunar transfer by Rocket Lab’s Lunar Photon spacecraft bus. Unlike the Apollo lunar missions of the 1960s and 70s, which took a free return trajectory to the Moon, this fuel efficient ballistic lunar transfer makes it possible to deploy CAPSTONE to such a distant orbit using a small launch vehicle. Standing at just 59 feet tall, Electron is the smallest rocket to attempt a launch to the Moon.

Rocket Lab founder and CEO, Peter Beck, said: “This is Rocket Lab’s most ambitious mission yet. For the first time, Electron and Photon are going far beyond standard mission profiles, pushing the envelope of what’s possible for interplanetary small spacecraft missions. No spacecraft has ever been placed in this type of orbit, so it’s exciting to be working with such innovative partners in NASA, Advanced Space, and Terran Orbital to make this ground-breaking mission possible.”

The launch will be broadcast live from approximately 45 minutes prior to lift-off at www.rocketlabusa.com/live-stream and www.nasa.gov/multimedia/nasatv/#public

For real time updates on the CAPSTONE mission in the lead up to launch, follow Rocket Lab, NASA, Advanced Space, and Terran Orbital on Twitter.