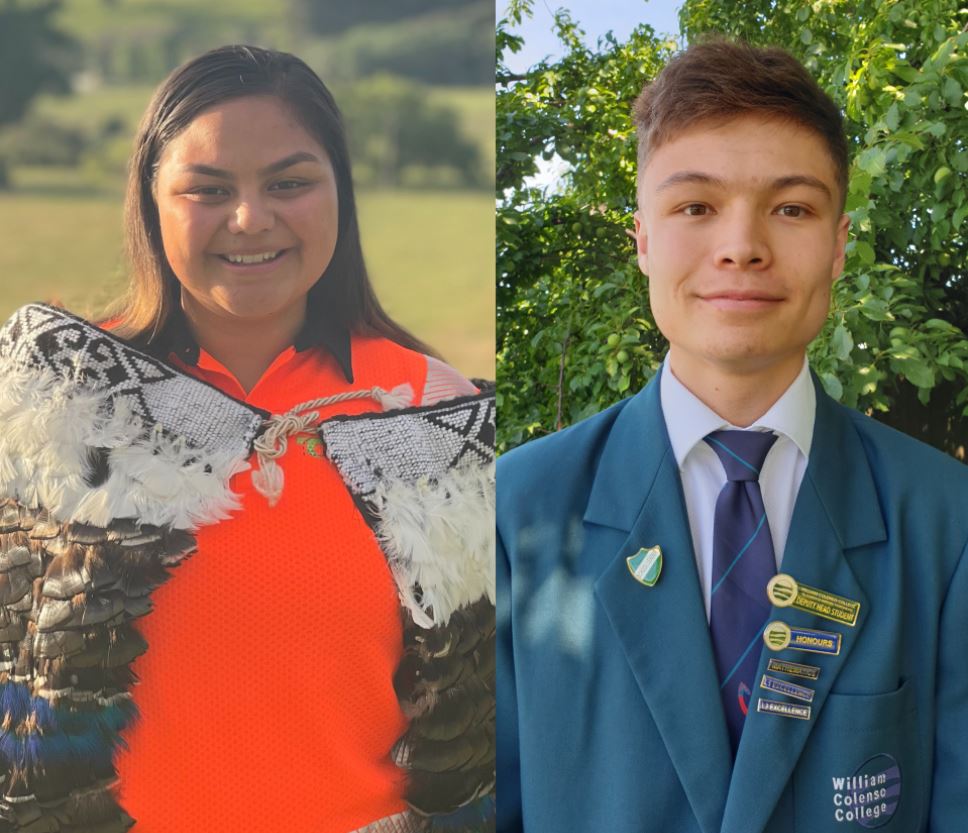 Granted annually since 2017, the Rocket Lab Scholarship has for the first time been awarded twice in the same year to two Māori students studying a STEM degree at university

The Rocket Lab Scholarship, which supports and encourages students from the Tairāwhiti/Gisborne and Te Matau-a-Māui/Hawke’s Bay regions that surround Rocket Lab’s launch site in Mahia to pursue science, technology, engineering, or maths (STEM) at tertiary level, has been granted annually since 2017. The Rocket Lab Scholarship covers up to $20,000 of tertiary education fees for up to four years of study and includes mentorship from Rocket Lab.

Hinewairere Sollitt-Mackey from Ruatoria and Pikitangarangi Ratapu from Mahia, both with whakapapa to local iwi, were selected as this year’s Rocket Lab Scholarship recipients after demonstrating clear determination and passion to pursue careers in science and engineering.

Ms Sollitt-Mackey, 22, plans to study Engineering at the University of Auckland, returning to her dream career after a lack of support caused her to withdraw from the field at the University of Canterbury. She has been working in construction on Transmission Gully, near Wellington, picking up skills that motivated her to make another attempt to study engineering. Hinewairere Sollitt-Mackey also has strong familial ties to the Mahia Peninsula and the Māori-owned land where Rocket Lab launches from.

Mr Ratapu, 17, plans to study Biology and Chemistry at the University of Auckland and has a strong interest in the natural world. Pikitangarangi Ratapu’s close connection to his whanau and whakapapa to Mahia iwi came through in his scholarship application, where he spoke of volunteering at community gatherings and supporting hui at his marae Tuahuru. Mr Ratapu spoke directly to the power of satellite technology in monitoring climate change and how Earth observation data can be used to mitigate environmental hazards; a particular passion of his sparked by working with Massachusetts Institute of Technology (MIT) PhD students doing marine monitoring at the Horokaka and Te Toka Tamure Mahinga Mataitai reserves.

Rocket Lab founder and CEO, Peter Beck, says “Encouraging young New Zealanders to continue their education and follow career paths in STEM, while directly supporting our local community in Mahia and the surround regions, is the foundation of the Rocket Lab Scholarship. Bright and dedicated young people like Hinewairere, Pikitangarangi, and Arianna are going to shape the future of New Zealand, and I’m proud we’re able to have played a small part in helping them achieve their dreams.

With the double-awarding of the Rocket Lab Scholarship this year, Rocket Lab has now thrown its support behind six young students studying tertiary degrees in STEM to the tune of $120,000.

The Rocket Lab Scholarship was founded to directly support the community surrounding Rocket Lab’s Launch Complex 1 on the Mahia Peninsula. It is designed to foster continued excellence and innovation amongst New Zealand’s next generation of science, technology, mathematics and engineering leaders. Applications for the annual scholarship open in term four each year at rocketlabusa.com.

Founded in 2006, Rocket Lab is an end-to-end space company with an established track record of mission success. We deliver reliable launch services, spacecraft components, satellites and other spacecraft and on-orbit management solutions that make it faster, easier and more affordable to access space. Headquartered in Long Beach, California, Rocket Lab designs and manufactures the Electron small orbital launch vehicle and the Photon satellite platform and is developing the Neutron 8-ton payload class launch vehicle. Since its first orbital launch in January 2018, Rocket Lab’s Electron launch vehicle has become the second most frequently launched U.S. rocket annually and has delivered 107 satellites to orbit for private and public sector organizations, enabling operations in national security, scientific research, space debris mitigation, Earth observation, climate monitoring, and communications. Rocket Lab’s Photon spacecraft platform has been selected to support NASA missions to the Moon and Mars, as well as the first private commercial mission to Venus. Rocket Lab has three launch pads at two launch sites, including two launch pads at a private orbital launch site located in New Zealand, one of which is currently operational, and a second launch site in Virginia, USA which is expected to become operational by the end of 2021. To learn more, visit www.rocketlabusa.com.