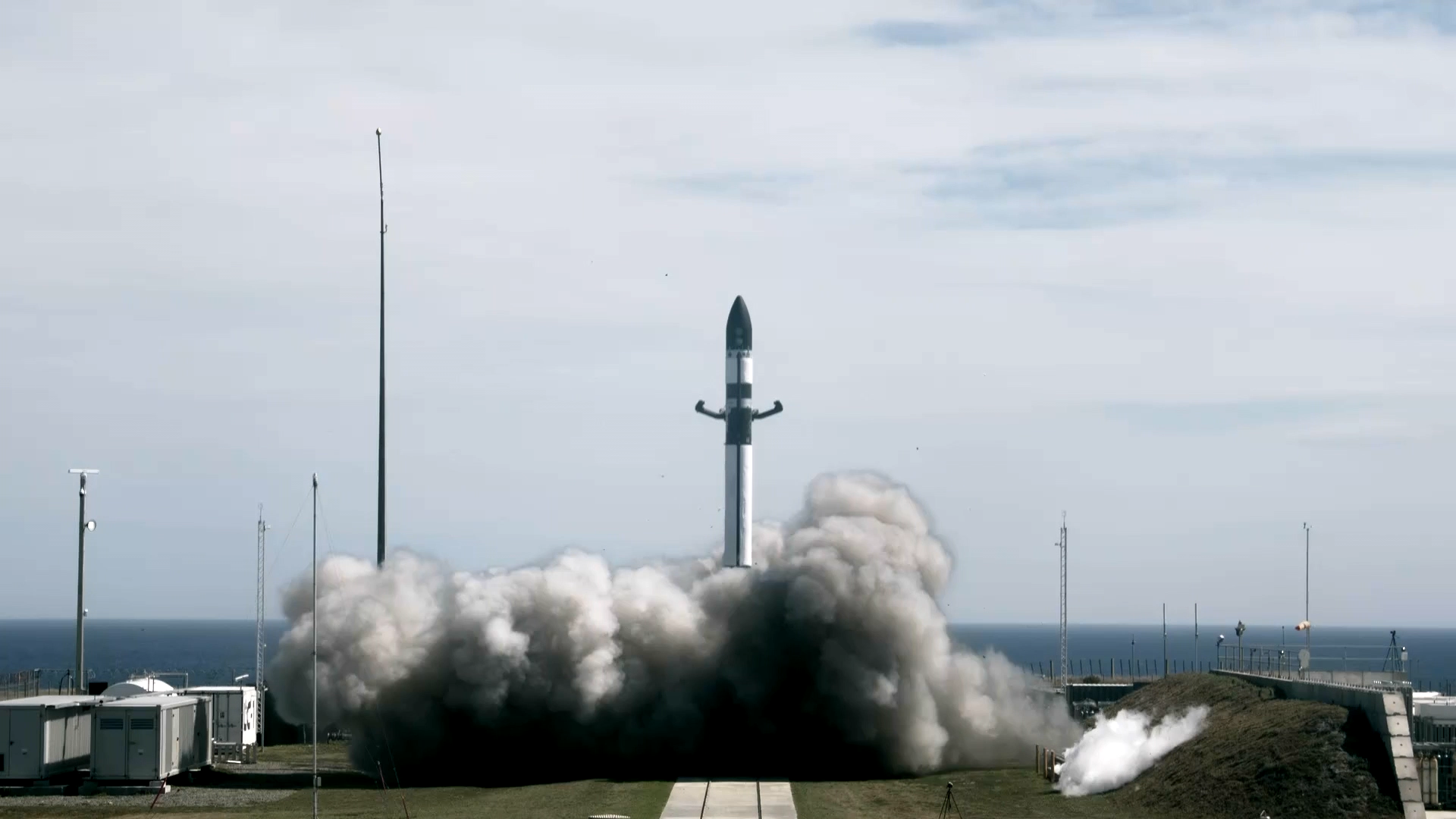 The mission, named ‘Birds of a Feather’, lifted off from Rocket Lab Launch Complex on New Zealand’s Māhia Peninsula at 02:56 UTC (15:56 NZDT, 31 January 2020). The mission was Rocket Lab’s first launch for 2020 and was the first dedicated launch of an NRO payload from New Zealand.

The NRO selected Rocket Lab’s Electron launch vehicle for the mission through a competitively awarded contract under the Rapid Acquisition of a Small Rocket (RASR) contract vehicle. RASR allows the NRO to explore new launch opportunities that can provide a streamlined, commercial approach for getting small satellites into space.

“Starting our 2020 launch manifest with a successful mission for the NRO is an immensely proud moment for our team. It once again demonstrated our commitment to providing responsive, dedicated access to space for government small satellites,” says Rocket Lab founder and Chief Executive Peter Beck. “Thank you to the NRO for selecting Electron for this historic mission, and congratulations to the Rocket Lab team on another flawless launch that continues our heritage of 100% mission success for customers.”

While the mission’s primary objective was to deploy the NRO payload to its final orbit, which was achieved as planned, Rocket Lab also achieved a secondary objective by conducting another guided re-entry of Electron’s first stage in another step towards the company’s goal of reusable rocket boosters.

The re-entry test for ‘Birds of a Feather’ is the second time Rocket Lab has guided an Electron first stage booster down to sea-level, following on from the first successful re-entry test conducted on the ‘Running Out of Fingers’ mission in December 2019. Once again, initial analysis shows the stage made it back to sea-level intact following a guided descent, proving that Electron can withstand the immense heat and forces generated on re-entry.

To guide the stage to a planned splashdown, Electron’s first stage was equipped with on-board guidance and navigation hardware, including S-band telemetry and onboard flight computer systems. The stage was also equipped with a reaction control system to orient the booster 180-degrees for its descent and keep it dynamically stable for the re-entry.

As the first Electron launch of 2020, ‘Birds of a Feather’ kicked off a busy year of activity for Rocket Lab. The company plans to conduct monthly Electron launches this year, including the first mission from Launch Complex 2 in Wallops, Virginia. Major construction projects are also underway, including development of the company’s third launch pad, located at Launch Complex 1 on New Zealand’s Mahia Peninsula, and Rocket Lab’s new Headquarters and Production Complex, located in Long Beach, California. 2020 will also see the first launch of Rocket Lab’s in-house designed and built Photon satellites, a significant step towards offering beyond Low Earth Orbit (LEO) capabilities, including Lunar orbits for small satellites.